Review: On the Fence by Kasie West 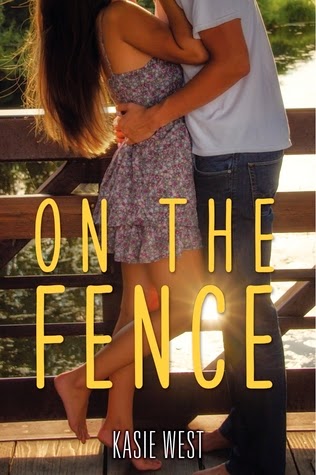 
She's a tomboy. He's the boy next door…

Charlie Reynolds can outrun, outscore, and outwit every boy she knows. But when it comes to being a girl, Charlie doesn't know the first thing about anything. So when she starts working at a chichi boutique to pay off a speeding ticket, she finds herself in a strange new world. To cope with the stress of her new reality, Charlie takes to spending nights chatting with her neighbor Braden through the fence between their yards. As she grows to depend on their nightly Fence Chats, she realizes she's got a bigger problem than speeding tickets-she's falling for Braden. She knows what it means to go for the win, but if spilling her secret means losing him for good, the stakes just got too high.

Fun, original, and endearing, On the Fence is a romantic comedy about finding yourself and finding love where you least expect.


On the Fence is an excellent summer read, it´s a light, funny, with likable characters and a cute romance.

The story is told from the point of view of Charlie, a 16-year-old, that has three older brothers or four, if you count Braden her next door neighbor; the five have been inseparable forever, playing all kinds of sports together, watching sports on television together, daring each other constantly and having a dynamic of friends / brothers that´s great and I liked to see the interaction of Charlie and her brothers, they treat her like one more of the guys. Something I really liked of this book is that there isn´t an absent parent as commonly happens in YA books, we see her father more than once; but only the father appears as the mother died when she was young, something that Charlie thinks now at 16 years old somehow influenced her to be a tomboy, because she doesn´t dress fashionably, and her clothing is comfortable and baggy.

And this summer she was fined (again) for driving at excessive speed, so her father decided that enough was enough and that Charlie must to pay her own  fines from now, that´s why she must find a job to pay the fine and she found it where she least expect it, in a boutique where she should dress different than the usual and there she makes new friends. And for different reasons Charlie begins to wake up at night and ends up having nightly talks with Braden, her next door neighbor and best friend through the fence, and those talks are different and a little bit personal that begin to confuse her a little in regarding of her feelings towards Braden.

Overall, I loved On the Fence! it was a fun and romantic read, just what I needed to read at that time. It ´s a book that I recommend to fans of light romantic contemporary novels.
Posted by Adriana C at 10:00 AM