Books I Could Re-read Forever

Books I Could Re-read Forever
(in no particular order)

I usually don´t re-read books unless I need to refresh my memory before continuing with the trilogy or series or when I´m in a reading slump and on those times I like to re-read these books.

I've Got Your Number by Sophie Kinsella

Once Burned and Twice Tempted (Night Prince) by Jeaniene Frost

Which books do yo usually re-read?
Leave me your links!
Posted by Adriana C at 10:30 AM 5 comments: 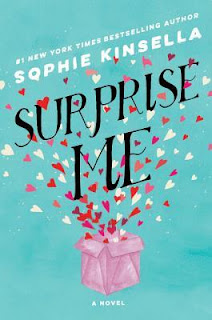 In the end, Surprise Me is a very funny and charming story, about a marriage that they did not know as well as they thought, they have a lot of misunderstandings and communication problems (without them there would be no plot), but at the end they have a good ending.
Posted by Adriana C at 9:00 AM 1 comment:

The Iron Warrior (The Iron Fey: Call of the Forgotten #3) by Julie Kagawa

Books I’ve Decided Not to Read this Year
(in no particular order)
Today´s topic is Books I’ve Decided I’m No Longer Interested In Reading, but I decided to change it to book I´m not going to read this year, these are book that had been in my bookshelf or kindle for years and I don´t see myself reading them soon. Maybe I change my mind.

Article 5 (Article 5 #1) by Kristen Simmons: I own two books of the trilogy.
The Boyfriend List (Ruby Oliver #1) by E. Lockhart: I own the four books of the series.
The DUFF: Designated Ugly Fat Friend by Kody Keplinger: I also own it.

Ruby Red (Precious Stone #1) by Kerstin Gier: I own the trilogy.

The Miniaturist by Jessie Burton: It´s the only one that I don´t have.
Rebecca by Daphne du Maurier
The Handmaid's Tale by Margaret Atwood

Have you read any of them?
Leave me your links!
Posted by Adriana C at 12:30 PM 3 comments:

What are you reading today?
Leave me your links!
Posted by Adriana C at 8:00 AM 4 comments: 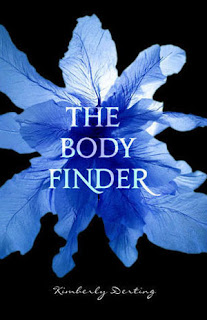 I was glad to read it again, since the first time I only read the first two books in the tetralogy and I need to know how Violet's story ends.
Posted by Adriana C at 8:00 AM 1 comment:

Lara Jean and Peter from To All the Boys I've Loved Before trilogy by Jenny Han
I´ve only read the first two books.

Finnikin and Evanjalin from the Lumatere Chronicles trilogy by Melina Marchetta

Quintana and Froi from the Lumatere Chronicles trilogy by Melina Marchetta
Loved the trilogy and this couple.

Cress and Captain Thorne from Cress by Marissa Meyer
My favorite couple of the series.

Cat and Bones from Night Huntress series by Jeaniene Frost
I reread this series last year and I liked the again.

Kate and Curran from Kate Daniels series by Ilona Andrews
One of my favorite couples.

Which are your favorite book couples?
Leave me your links!
Posted by Adriana C at 8:00 AM 5 comments: