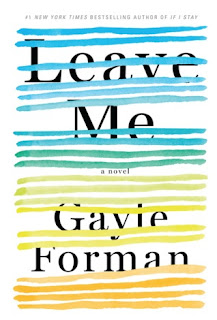 Leave Me is a contemporary novel about a working mother and wife trying to heal physically, but also about her abandonment issues even tough she denies them. I did enjoyed this novel.
Posted by Adriana C at 9:00 AM