Review: All That Glows by Ryan Graudin 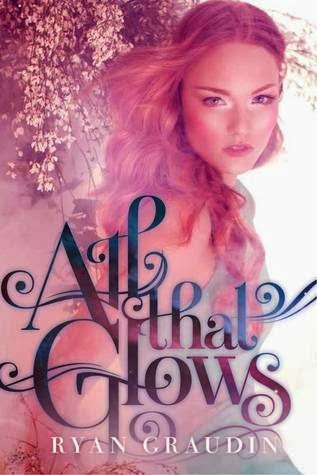 
Emrys—a fiery, red-headed Fae—always embraced her life in the Highlands, far from the city’s draining technology, until she’s sent to London to rejoin the Faery Guard. But this isn’t any normal assignment—she’s sent to guard Prince Richard: Britain’s notorious, partying bad boy and soon-to-be King. The prince’s careless ways and royal blood make him the irresistible for the dark spirits that feed on mortals. Sweet, disheveled, and alive with adventure—Richard is one charge who will put Emrys’s magic and heart to the test.

When an ancient force begins preying on the monarchy, Emrys must hunt through the London’s magical underworld, facing down Banshees, Black Dogs and Green Women to find the one who threatens Richard’s life. In this chaos of dark magic, palace murders and paparazzi, Emrys finds herself facing an impossible choice. For despite all her powers, Emrys has discovered a force that burns brighter than magic: love.


This book didn´t work for me, the story didn´t hooked me, I felt it forced and I didn´t like the insta-love between Emrys and Prince Richard. All That Glows was really close to become my first Did Not Finish book.

Emrys is a fairy that lives in Mab´s court, she´s several centuries old, is one of most experienced fairies that can survive living in the city (because technology can kill older faeries, that´s why Mab and the rest of her court cannot set a foot in London) and she´s sent to join the Faery Guard and protect the royalty of England, something she´s not very happy at first because the technology makes her sick. Once she arrives London, she´s assigned as Prince Richard´s bodyguard, he likes to party, likes to hang around with his buddies in clubs and likes to drink a little too much, something that makes difficult to keep him safe, since humans are unaware of the existence of fairies and that they´re keeping at bay the green women, black dogs and banshees (which feed on humans), since the fairy queen made ​​a covenant with King Arthur Pendragon, to keep safe the royal line. But then things become more complicated when they learn that there is a powerful old fairy that is after the royals.

In general, I didn´t enjoy this book, mainly because I did not believe the love at first sight, because the first time she sees Richard, he´s asleep, snoring and from the moment she sees him she´s in love and drooling over him .... and I didn't saw anything wonderful about him. And supposedly she´s an experienced fairy, favorite of Queen Mab (the queen of the Fairies), with I don´t know how many centuries old (she met King Arthur Pendragon), but she´s always fangirling each time she sees Richard and is willing from the start to break all the rules for him. Oh! and I almost forgot, the story takes place in modern London and for some reason I thought it was epic fantasy, but I didn´t felt that was the case.