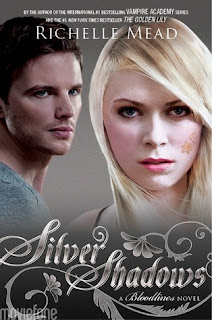 You can read my review of The Golden Lily - here, The Indigo Spell - here, The Fiery Heart - here


Sydney Sage is an Alchemist, one of a group of humans who dabble in magic and serve to bridge the worlds of humans and vampires. They protect vampire secrets—and human lives.

In The Fiery Heart, Sydney risked everything to follow her gut, walking a dangerous line to keep her feelings hidden from the Alchemists.
Now in the aftermath of an event that ripped their world apart, Sydney and Adrian struggle to pick up the pieces and find their way back to each other. But first, they have to survive.

For Sydney, trapped and surrounded by adversaries, life becomes a daily struggle to hold on to her identity and the memories of those she loves. Meanwhile, Adrian clings to hope in the face of those who tell him Sydney is a lost cause, but the battle proves daunting as old demons and new temptations begin to seize hold of him. . . .

Their worst fears now a chilling reality, Sydney and Adrian face their darkest hour in this heart-pounding fifth installment in the New York Times bestselling Bloodlines series, where all bets are off.


I really really loved Silver Shadows! It was everything I expected, but the first part of the book was painful to read Adrian´s POV.

Silver Shadows begins a few months after the ending of the previous book, which was left with a mega cliffhanger, Adrian still don´t know where is Sydney and he´s using a lot of spirit on his attempts to find her through dreams, consequently for this he´s having side effects on his mental health as darkness begins to take his thoughts and he returns to his old habits, hoping to combat some of the side effects.

Meanwhile Sydney is lock away and attempting to stay strong and cooperate so that they set her free although sometimes she has setbacks, but the thought of Adrian and her friends comfort her and she has one goal in mind, escape and she´ll do everything she can to see Adrian again.

Silver Shadows is told from the point of view of Adrian and Syndey, alternating from one to the other and although the first chapters from Adrian´s were painful to read, but once he overcome some obstacles, the Adrian we have known in the previous books returns.

I should also mention that I was surprised because some of the things that Adrian can do with spirit in this book, which I don´t remember that the other spirit users characters could do, it was a very good spin on his powers.

Something good for fans of the Vampire Academy series is that we get to see Rose, Dimitri, Lissa and Christian, so we can see more of them.

Silver Shadows is the fifth book in the Bloodlines series, it has more action than previous books, is a quick read, as the story flows nicely, the romance was cute, plus it has a very good ending. It hooked me to read the sixth and final book in the series. I love this series so it will be sad to say goodbye to it.
Posted by Adriana C at 8:00 AM