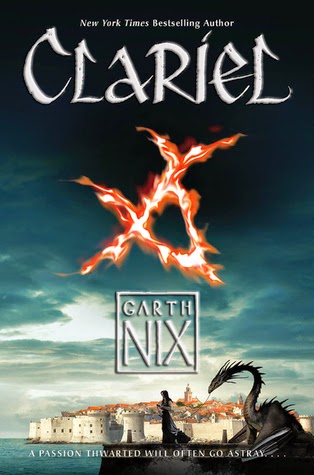 
Sixteen-year-old Clariel is not adjusting well to her new life in the city of Belisaere, the capital of the Old Kingdom. She misses roaming freely within the forests of Estwael, and she feels trapped within the stone city walls. And in Belisaere she is forced to follow the plans, plots and demands of everyone, from her parents to her maid, to the sinister Guildmaster Kilp. Clariel can see her freedom slipping away. It seems too that the city itself is descending into chaos, as the ancient rules binding Abhorsen, King and Clayr appear to be disintegrating.

With the discovery of a dangerous Free Magic creature loose in the city, Clariel is given the chance both to prove her worth and make her escape. But events spin rapidly out of control. Clariel finds herself more trapped than ever, until help comes from an unlikely source. But the help comes at a terrible cost. Clariel must question the motivations and secret hearts of everyone around her - and it is herself she must question most of all.


Clariel is the prequel to the Abhorsen trilogy (which is already published) and takes place 600 years before Sabriel and Clariel the main character is a young woman who had lived all her life near a forest, loves nature and is used to have some freedom, but when her parents decide to move to the big city of Belisaere, which is a walled city, without much nature, has a very marked social classes and apparently all have big plans for her, since she is the cousin of King and the Abhorsen granddaughter, so she could be instrumental in a struggle for power and suddenly her life is no longer her own and what she most wants is to escape to her beloved forest, but all oppose to this and this could push her to take drastic measures.

Clariel is a young woman that because of her blood ties to the King and the Abhorsen, has much power within her, but has not been trained to make use of it, but other than that she has something called the rage or berserk that means that the person can not control their anger and can be lost in the rage and attack blindly, unable to control themselves with a desire to end their opponent or the person that threaten them.

It's sad to see how everyone wants to use her to their advantage in the struggle for power over the kingdom and how she wants nothing to do with them, she just wants to live in the forest, alone, since there she finds peace.

In this world there are two kinds of magic: Free Magic, which is considered evil and Charter magic which is permitted in the kingdom though there aren´t many practitioners. And apart from what happens with Clariel, several creatures made of free magic begin to wreak havoc in the kingdom.

Something I think is worth mentioning is that the character of Clariel is asexual (at least she gave me that impression), since she is not interested in either boys or girls, so there isn´t romance in story.

Clariel is interesting for those who like high fantasy books, the pace at the start of it´s a little bit slow, but it kept my attention throughout the book because I was intrigued to know what would happen with Clariel and another character is that is part of the Abhorsen trilogy, which I have not yet read. And also because I saw a video of the author, in which he says who is really Clariel in the future books and I really did not expect that ending, which I found very sad and tragic.
Posted by Adriana C at 9:30 AM