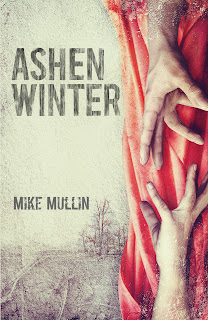 
It’s been over six months since the eruption of the Yellowstone super volcano. Alex and Darla have been staying with Alex’s relatives, trying to cope with the new reality of the primitive world so vividly portrayed in Ashfall, the first book in this series. It’s also been six months of waiting for Alex’s parents to return from Iowa. Alex and Darla decide they can wait no longer and must retrace their journey into Iowa to find and bring back Alex’s parents to the tenuous safety of Illinois. But the landscape they cross is even more perilous than before, with life-and-death battles for food and power between the remaining communities. When the unthinkable happens, Alex must find new reserves of strength and determination to survive.


It has been 10 months since the eruption of the super volcano in Yellowstone (as my copy was ARC, may have changes from final book), Alex and Darla lead a quiet and safe life on his uncle´s farm, until an event comes to change their lives and they decide to go looking for Alex's parents. They embark on a dangerous journey and even more difficult than that their trip months before and once again they will risk their lives.

Alex and Darla have grown as people and the love for each other also has grown (they often remind me of a marriage couple), they´re definitely not kids anymore even though Alex is 16 year old and Darla is 18 year old, they had to grow up and adapt to their new reality. I must say I didn´t like a particular decision that Alex makes during their trip, I was in shock and once I recover from it, I was angry at him (it was one of those times that you want to get into the book and shake him and make him see reason), but later I sort of understanding him, he´s softhearted and care about others. The book also introduces new characters, Alyssa and Ben (they´re siblings), and although the character Darla is my favorite of the trilogy (so far), the character of Ben is really great. Ashen Winter is seen from Alex´s point of view.  Ashen Winter is a realistic post-apocalyptic novel, dark, thrilling, even more chilling, violent, and more action-packed than its predecessor Ashfall. It is simply AMAZING!. I love it! I highly recommend it.
Thank you very much to Tanglewood Press and NetGalley for providing this egalley for review.
Posted by Adriana C at 9:00 AM