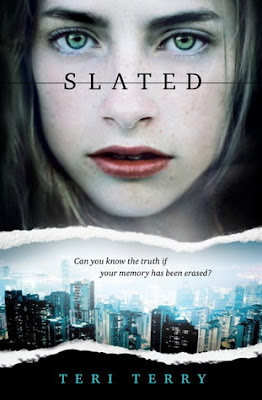 Kyla has been Slated—her memory and personality erased as punishment for committing a crime she can’t remember. The government has taught her how to walk and talk again, given her a new identity and a new family, and told her to be grateful for this second chance that she doesn’t deserve. It’s also her last chance—because they’ll be watching to make sure she plays by their rules.

As Kyla adjusts to her new life, she’s plagued by fear. Who is she, really? And if only criminals are slated, why are so many innocent people disappearing? Kyla is torn between the need to know more and her instinct for self-preservation. She knows a dangerous game is being played with her life, and she can’t let anyone see her make the wrong move . . . but who can she trust when everyone is a stranger?


Which book are you waiting this week?
Leave your WOW links.
Posted by Adriana C at 3:30 PM