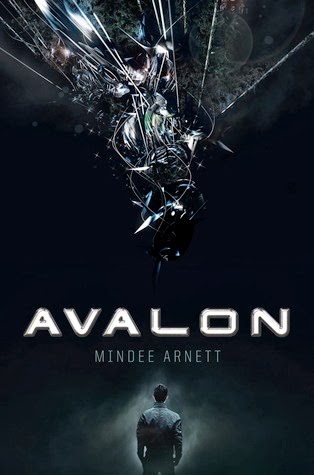 
A ragtag group of teenage mercenaries who crew the spaceship Avalon stumble upon a conspiracy that could threaten the entire galaxy in this fascinating and fast-paced sci-fi adventure from author Mindee Arnett.

Of the various star systems that make up the Confederation, most lie thousands of light-years from First Earth-and out here, no one is free. The agencies that govern the Confederation are as corrupt as the crime bosses who patrol it, and power is held by anyone with enough greed and ruthlessness to claim it. That power is derived from one thing: metatech, the devices that allow people to travel great distances faster than the speed of light.

Jeth Seagrave and his crew of teenage mercenaries have survived in this world by stealing unsecured metatech, and they're damn good at it. Jeth doesn't care about the politics or the law; all he cares about is earning enough money to buy back his parents' ship, Avalon, from his crime-boss employer and getting himself and his sister, Lizzie, the heck out of Dodge. But when Jeth finds himself in possession of information that both the crime bosses and the government are willing to kill for, he is going to have to ask himself how far he'll go to get the freedom he's wanted for so long.

Avalon is the perfect fit for teens new to sci-fi as well as seasoned sci-fi readers looking for more books in the YA space-and a great match for fans of Joss Whedon's cult hit show Firefly.

I really enjoyed Avalon, I had no idea what to expect from it because it´s compared a lot with Firefly (TV series), but since I never saw the series this was new to me, so I started reading it only with the idea that it was a science fiction book that takes place in space and that the main character is a thief.

Avalon is about a group of teenage thieves that are out to steal spaceships and their new mission is to enter the Belgrave Quadrant (this is a sort of Bermuda triangle in space) and take/retrieve a space ship that had been missing  formore than two months, and supposedly is carrying a very valuable weapon and their boss wants what's on that ship, because is invaluable but as usual complications arise and there is where the story becomes interesting.

The teenagers mercenaries known as Malleus Shades which is led by Jeth a seventeen year-old guy, his parents were explorers working for the ITA(Interstellar Transport Agency), they were accused of treason against the Confederation and were executed, so now he lives with his uncle, his younger sister and three more members that complete the crew (and mercenary group); they all work under the orders of an unscrupulous and quite dangerous criminal-lord, but Jeth dreams about buying Avalon from their boss and been captain of his own spaceship.

Overall, what I liked most of he book is that is action-packed, with some mystery and quite a few interesting twists in the plot. And it was fun to read the interaction and camaraderie among Jeth and his crew, I think this is one of my favorite parts of the book, this group of young misfits are great and lovable characters and I can not wait to read more about them and really hope a little more development on Celeste, Shady and Flynn. Something that I didn´t see the case was the attempt to romance, because I felt it very flat and without much chemistry and totally unnecessary. But nevertheless, I really liked this first book in the Avalon duology and I can not wait to read Meridian.


I received an eARC of this book from the publisher via Edelweiss in exchange of an honest review.
Posted by Adriana C at 11:00 AM