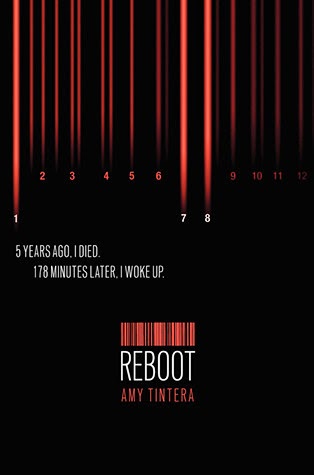 
Five years ago, Wren Connolly was shot three times in the chest. After 178 minutes she came back as a Reboot: stronger, faster, able to heal, and less emotional. The longer Reboots are dead, the less human they are when they return. Wren 178 is the deadliest Reboot in the Republic of Texas. Now seventeen years old, she serves as a soldier for HARC (Human Advancement and Repopulation Corporation).

Wren’s favorite part of the job is training new Reboots, but her latest newbie is the worst she’s ever seen. As a 22, Callum Reyes is practically human. His reflexes are too slow, he’s always asking questions, and his ever-present smile is freaking her out. Yet there’s something about him she can’t ignore. When Callum refuses to follow an order, Wren is given one last chance to get him in line—or she’ll have to eliminate him. Wren has never disobeyed before and knows if she does, she’ll be eliminated, too. But she has also never felt as alive as she does around Callum.


I really liked the idea of ​​Reboot, I felt it fresh and new in the world of dystopian novels.

Reboot takes place in a world where a virus known as KDH killed the entire population and the only place that survived was Texas, with the help of HARC (Human Advancement and Repopulation Corporation) and one of the consequences of virus is that the people dying from the virus have the possibility of returning as a reboot. The reboots are dangerous (at least that's what the HARC says), because they´re stronger, faster than humans, have the ability to heal and are hard to kill, so all reboots are captured by the HARC and trained to work for them as soldiers but with many restrictions; they´re more like their prisoners and if they disobey an order they´re eliminated. And the longer they stay dead, the better are their skills, but they´re less emotional than humans.

Wren 178 was dead for 178 minutes, making her the most lethal of the reboots, so all of them humans and reboots alike give her a wide berth, which is funny contrasts with her appearance because she´s petite in height and she doesn´t look like a threat. She doesn´t have as many emotions as others, so she doesn´t have inhibitions about killing people, because she follow the HARC orders. Wren is okay with the kind of life she has led for the past 5 years at the mercy of HARC, she had never disobeyed orders and agree with them; this until she meets Callum 22, with all his questions makes her start to rethink everything that she thought was okay.

Callum is a new reboot that was only dead for 22 minutes, making him more human and not a good reboot because he doesn´t obey orders. He´s very cheerful, always smiling, he asks a lot of questions and is the new rookie that Wren must train, so she sees him as her responsibility.

Reboot is a book with an interesting and original idea, is fast-paced, action-packed, with a gradual romance (the couple is really cute), with a very satisfying ending without a cliffhanger. I liked it a lot!. This is a good book for fans of dystopian novels.

“It was true that all Reboots were attractive, in a way. After death, when the virus took hold and the body Rebooted, the skin cleared, the body sharpened, the eyes glowed. It was like pretty with a hint of deranged. Although my hint was more like a generous serving.”

"Try not to scream when I break your bones. It bothers me. You can cry if you want; that´s fine."