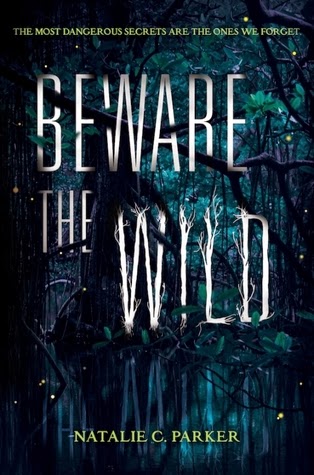 
It's an oppressively hot and sticky morning in June when Sterling and her brother, Phin, have an argument that compels him to run into the town swamp -- the one that strikes fear in all the residents of Sticks, Louisiana. Phin doesn't return. Instead, a girl named Lenora May climbs out, and now Sterling is the only person in Sticks who remembers her brother ever existed.

Sterling needs to figure out what the swamp's done with her beloved brother and how Lenora May is connected to his disappearance -- and loner boy Heath Durham might be the only one who can help her.

This debut novel is full of atmosphere, twists and turns, and a swoon-worthy romance.

What I like most about this story is the air of mystery and darkness around the swamp bordering the town of Sticks, everyone in town know they should not enter the swamp, because rare things happen in it and once someone enters the swamp they never comes back, there are too many dark stories told about it, but Sterling did not give much importance to this until her older brother Phin, entered and never come back; and instead of him the one that comes out is Lenora May, a girl that all the people can remember except sterling and also it appears that everyone have forgotten the existence of Phin. That´s why Sterling must find a way to get his brother back, without actually losing herself.

Sterling is very close to her older brother, because in her flashbacks we get to see that both suffered from child abuse in hands of their father and Phin most often attracted the blows to protect his little sister, but before he enter the swamp they have a discussion, so Sterling feels responsible for what happened to Phin, so she begins to investigate the stories told about the swamp, to find a way to get his brother, and is when she realizes that no one has memories of Phin and nobody believes her when she mentions him, but she finds an ally in Heath,, a classmate and former crush.

The romance between Heath and Sterling was okay since they have a back story, so the romance wasn´t instant-love and it was credible by the fact that both understand and trust each other.

I really enjoyed Beware the Wild because it has a creepy and dark atmosphere, tinged with a fairytale feeling and the town Sticks is very interesting, since almost all their residents are little superstitious, and it takes place in Louisiana (which reminded me a little bit to the environment and weather of the Sookie Stackhouse series, note: this book is not about vampires), and where everything weird that happens in town is because of the swamp, it has a lot of mystery and supernatural elements.
Posted by Adriana C at 8:30 AM