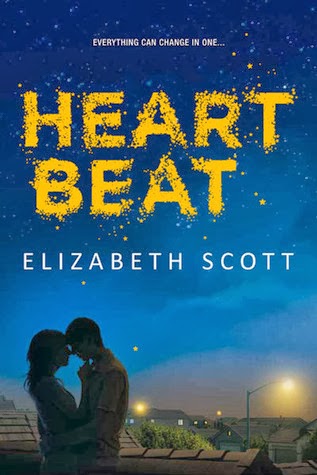 Emma would give anything to talk to her mother one last time. Tell her about her slipping grades, her anger with her stepfather, and the boy with the bad reputation who might be the only one Emma can be herself with.

But Emma can't tell her mother anything. Because her mother is brain-dead and being kept alive by machines for the baby growing inside her.

Meeting bad-boy Caleb Harrison wouldn't have interested Old Emma. But New Emma-the one who exists in a fog of grief, who no longer cares about school, whose only social outlet is her best friend Olivia-New Emma is startled by the connection she and Caleb forge.

Feeling her own heart beat again wakes Emma from the grief that has grayed her existence. Is there hope for life after death-and maybe, for love?


Heartbeat tells the story of Emma, a girl that everyday visit her mother in the hospital, she´s brain dead but she´s kept on life support because her mother was pregnant at the time of her death and all this cause deep pain to Emma, because she is aware that her mother is dead and is not coming back, but every day she sees her breathing, so she haven´t  had time to assimilate her lost or had time to mourn the lost of her mother. And because of this she spends all her time angry with her stepfather Dan, to which she used to loved as a father, but now she hates due to his decision to keep alive the body of her mother to try to save the baby she was expecting.

Emma used to be a straight A student, and was planning to apply to the Top 20 colleges, but now that her mother died she doesn´t know what to do anymore, she doesn´t see sense to keep going to school or do her homework, she´s failing badly in her exams and her life line to the world is her best friend Olivia, because she can distract her of the pain.

While she´s feeling lost and in deep pain caused by her mother's death; she meets Caleb, a schoolfellow with a bad reputation, but in him she discovers someone who understands and knows her pain, so they start a friendship, that later on turns into something more.

With this book I had mixed feelings for about the first part of the book, because I understood both parties, and the way Emma and her stepfather Dan were dealing with their grief; I understand the tremendous pain that Emma was feeling because of her mother´s death and the fact that she thought she knew what her mother would want to do with her body; and also the fact that she has to see her every day isn´t helping her to heal her wounds, so she takes all her anger and hatred against Dan because he is the cause of her pain because she thinks her mother would not have liked to continue to be kept that way, so she´s very hostile toward him. But as parent, I fully understand Dan´s side of the story, I understand that he would do everything to save the life of his unborn child.

Something that I really liked was that Dan truly cares for Emma, at least in her basic needs such as food, rides to school and to take her everyday to the hospital and it is obvious that he cares about her with a lot of his actions, but something I did not understand is that a few weeks have passed since the death of Emma´s mother and she has not received any kind of intervention from either the school counsel/psychologist or any other kind of help, since it is obvious that she is not doing well and nobody does anything to help her in that sense. But something that I liked was that there were several flashbacks in which we see Emma with her mom and Dan and see the kind of family they were, how they loved each other and the kind of relationship that Emma and Dan had before her mother´s death and also the first weeks her mother´s pregnancy.

Heartbeat is realistic and heartbreaking contemporary novel, it´s a roller-coaster of emotions that deals grief, and with the pain of losing a loved one but it´s also about love and has a bittersweet ending.