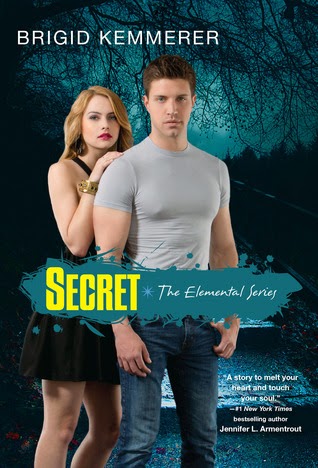 
Nick Merrick is stretched to the breaking point.

Keep his brother's business going or the Merricks will be out on the street.

Keep the secret of where he's going in the evenings from his own twin--or he'll lose his family.

Keep his mind off the hot, self-assured dancer who's supposed to be his "girlfriend's" partner.

Of course there's also the homicidal freak Quinn has taken to hanging around, and the Elemental Guide counting the hours until he can try again to kill the Merrick brothers.

There's a storm coming. From all sides. And then some.

Nick Merrick, can you keep it together?


If you have read my previous reviews you will know that I LOVE THIS SERIES! and that my favorites are the Merrick twins, so of course I was dying to read Nick Merrick´s book for some time but since I read Breathless, Nick´s novella and I saw where his story was heading I knew that this was a must for me.

And you must wonder why this series is so AMAZING? First because its main characters, the Merrick brothers (which each one of them have an affinity with the elements : water, fire, air and earth) and Hunter, are real, flawed, with vulnerabilities and good guys. And something that I love about this series is that each book is the story of one of them and a girl, but every book is not the same formula with different details but each story is unique, and after reading Spirit the previous book, I no longer know with what new surprise I ´ll face in the next book.

So Secret is the story of Nick Merrick and Quinn Briscoe, told from the point of view of both, and for everyone they are dating but in Breathless novella, I really saw how was their relationship in reality. So in this book Nick continues struggling with his sexuality, and with the feelings he´s starting to have for Quinn´s dance partner and apparently the guy is also interested in Nick but besides that he still doesn´t know what to do regarding his sexuality, because Nick is trying to be the perfect brother as he has been so far....he always do the right thing, he helps his older brother with his landscaping company and worries about not having enough money, he´s the peacemaker of the family, he has excellent grades and he usually does what all that´s expected of him, so he doesn´t know what to do about Adam.

Meanwhile Quinn is having strong family problems, so she tries to be away as long as possible, so she spends her time in a parking lot or in the woods until she starts spending time with Tyler, the archenemy of the Merrick brothers. I´ve known Quinn since the first book of the series, but I´ve never liked her and this book did not improve much my impression of her. She's still one of my least favorite characters of the series.

I´ve always liked Nick, but after reading his story, my heart is with him, it made ​​me very sad to see his fear of speaking to his brothers about how he really feels and about his sexuality, but he especially dreads to the reaction of his twin brother Gabriel.

And Adam ( insert scream), he´s so cute!!! I loved him, because that despite the fact that he´s completely open with his sexuality, he never pressured or forced Nick to do anything, and he has tremendous patience with him. I loved this couple! and I would recommend you to read Breathless before reading this book.

As I said before I LOVE this series and I really liked this book (Quinn´s part of the book notwithstanding), because it has great characters that I'm fond of them, besides of being a paranormal novel with lots of action scenes and romance, but it also has realistic themes. I highly recommend this series, it´s highly addictive.