Review: Love Letters to the Dead by Ava Dellaira 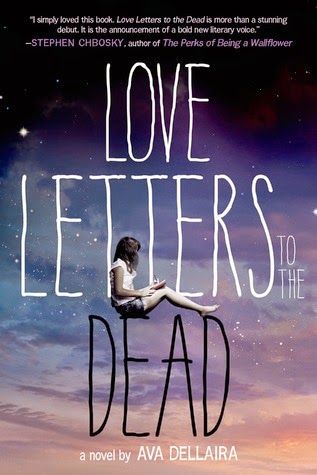 
It begins as an assignment for English class: Write a letter to a dead person. Laurel chooses Kurt Cobain because her sister, May, loved him. And he died young, just like May did. Soon, Laurel has a notebook full of letters to people like Janis Joplin, Amy Winehouse, Amelia Earhart, Heath Ledger, and more; though she never gives a single one of them to her teacher. She writes about starting high school, navigating new friendships, falling in love for the first time, learning to live with her splintering family. And, finally, about the abuse she suffered while May was supposed to be looking out for her. Only then, once Laurel has written down the truth about what happened to herself, can she truly begin to accept what happened to May. And only when Laurel has begun to see her sister as the person she was; lovely and amazing and deeply flawed; can she begin to discover her own path.


Love Letters to the Dead , it´ss written in the form of letters to different dead celebrities such as Kurt Cobain, Judy Garland, Amelia Earhart, Janis Joplin, River Phoenix and more.

Laurel is a girl in her freshman year of high school and her first assignment in her English class is to write a letter to a dead celebrities, so she decides to write a letter to Kurt Cobain whom was the favorite singer of her sister May, but at the end she doen´t deliver the letter because it was too personal, but she decides to keep writing letters to different dead celebrities because she need to tell someone what she is feeling and what´s going on in her life, such as going to the first year of high school, her new friends, the boy she likes, their parents who are divorced and for that reason she lives a week with her father and another with her maternal aunt,because her mother moved to another state, but she also tells them about her sister May, she died several months before, she was like her hero, her role model and she yearned to one day become as perfect as her sister May. And she also writes them about what happened to her when her sister was supposed to be looking out for her and no one else knows that event ... only May.

The story takes place in a school year and during that time we get to know Laurel a girl that misses her older sister terribly, suffers from not having her around, feel resentment toward her because she feels abandonment and even though she no longer is with her, she wants to follow her footsteps and become like her; Laurel gave me the impression that she´s insecure because she´s always comparing herself with May.

I really enjoy reading Love Letters to the Dead, I read it in 2 days (which is pretty fast for me), although it is not a light read; I really liked the narrative that felt like a diary or letters to someone you know, because sometimes she speaks directly about the lives of these people, like with Kurt, she talks about his suicide and how his life was as a child, and with Amelia Earhart talks about her travels and how she would like to be like her and as the story progresses the story becomes more emotional, sad and intense. I have heard that some compare this book with  to The Perks of Being a Wallflower (a book that I have not read yet).

"I know I wrote letters to people with no address on this earth, I know that you are dead. But I hear you. I hear all of you. We were here. Our lives matter."

“I think a lot of people want to be someone, but we are scared that if we try, we won’t be as a good as everyone imagines we could be.”

“And maybe what growing up really means is knowing that you don't have to be just a character, going whichever way the story says. It's knowing you could be the author instead.”

"We are each weird in a different way, but together, that’s actually normal. And even if there’s a lot that I can’t say to them, it feels good to belong somewhere.”